Jody Williams: The life of an activist. 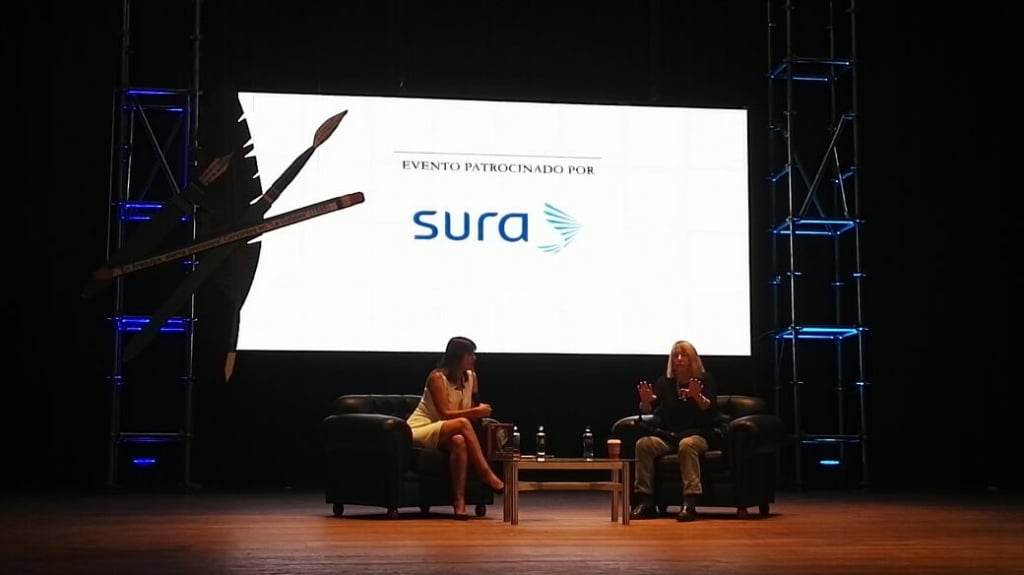 The Hay Festival taking place in Arequipa has brought a wave of political awareness with the invitation of the Nobel Peace Prize winner Jody Williams well-known for her tireless fight for women’s rights and antipersonal landmines since the 80s. The interview led by Clara Elvira Ospina drew the lines of a life dedicated to fighting injustice.

Born in Vermont in a family of five children in the United-Stated in the 50s Jody Williams wasn’t predestined to lead a life in activism. But she did. Why? Because she had to. Because she couldn’t live in the world as it was. It had to change. Her first fight as an activist was during the March against Vietnam in 1970. She was barely 20. After graduating in the 70s she didn’t have a clear idea about what to do with her life. She got some jobs in Mexico as a teacher and the real trigger for her full-time involvement in activism was the war in El Salvador. She had gullibly believed that after the Vietnam war the US government would stop intervening in external affairs. She was wrong. That’s how it all started. As she claimed: anybody can start as an activist simply because they want to. The drive is that you want to try to change the world. Climate change, wars, education. The type of fight you pick is not what matters. What matters is truly believing into what you are fighting for. Anyone with strong feelings and emotions about a particular topic can be an activist as long as you know how to manage your emotions. If you can put all your emotions into a small box then you can be efficient. Things can change if people get together. She didn’t change things alone, as she said, she got joined by thousands of people and organisations with the same goal: Stopping war atrocities.

When it comes to talking about people who inspired her she takes the examples of women in armed conflicts who stand up for their rights. William’s modesty is humbling. “Quien soy yo?” Who am I? I don’t know if I would be able to do what they do. These women are capable of changing the world simply because the want to and they have to.

Women’s rights has been at the heart of William’s fight and the recent elections of Donald Trump in the US is a source of deep concern for her. “Who can vote for a person like that knowing nothing about internal affairs or external politics? Who can vote for someone who treated women and even his own daughter as he did during the campaign?” When Clara Elvira Ospina asked her if she thought the US would be worse in terms of racism and discrimination, her answer was a resounding yes.

However, as she says she is a pessimist with optimism believing that if people decide to change the world together, they can. Hope is possible if we all decide that silence and indifference are inacceptable. We all have our part of responsibility in the world but it is up to each and every one of us to stand up to fight for what is right and fair.