What is cyberbullying and how do we fight it

by Caroline Musserotte | Your Students

School bullying has always existed between students but there is now a new form of bullying which is even more pernicious: Cyberbullying. Traditional bullying usually involves just a handful of participants. Cyberbullying can involve dozens, thousands and even more. Digital media have changed the society in such a way that bullying can be spread anywhere and anytime. There is absolutely no escape for the one victim of such harassment.

So what do we do? Do we withdraw from social media? Do we stop using the Internet? Do we prevent our children from using their cell phones?

That’s no solution. We live in a digital world and instead of banning all technology from our lives the answer is in the right use of technology.

How about the sad story of Amanda Todd? For one single mistake in her life (flashing her breasts on the Internet) she paid the high price: Her LIFE. After this terrible mistake she got cyberbullied. The harassment never stopped. Day after day. At night. Online. In real life. ALL the TIME. Her life became a nightmare. The only solution she could think of was to take her own life. And they are many cases like her. Megan Taylor Meier, Felicia Garcia, Patrick Ryan Halligan. These may be just names for you. But they were students, they were teenagers, they were children and they took their lives for similar reasons. Because they were cyberbullied. 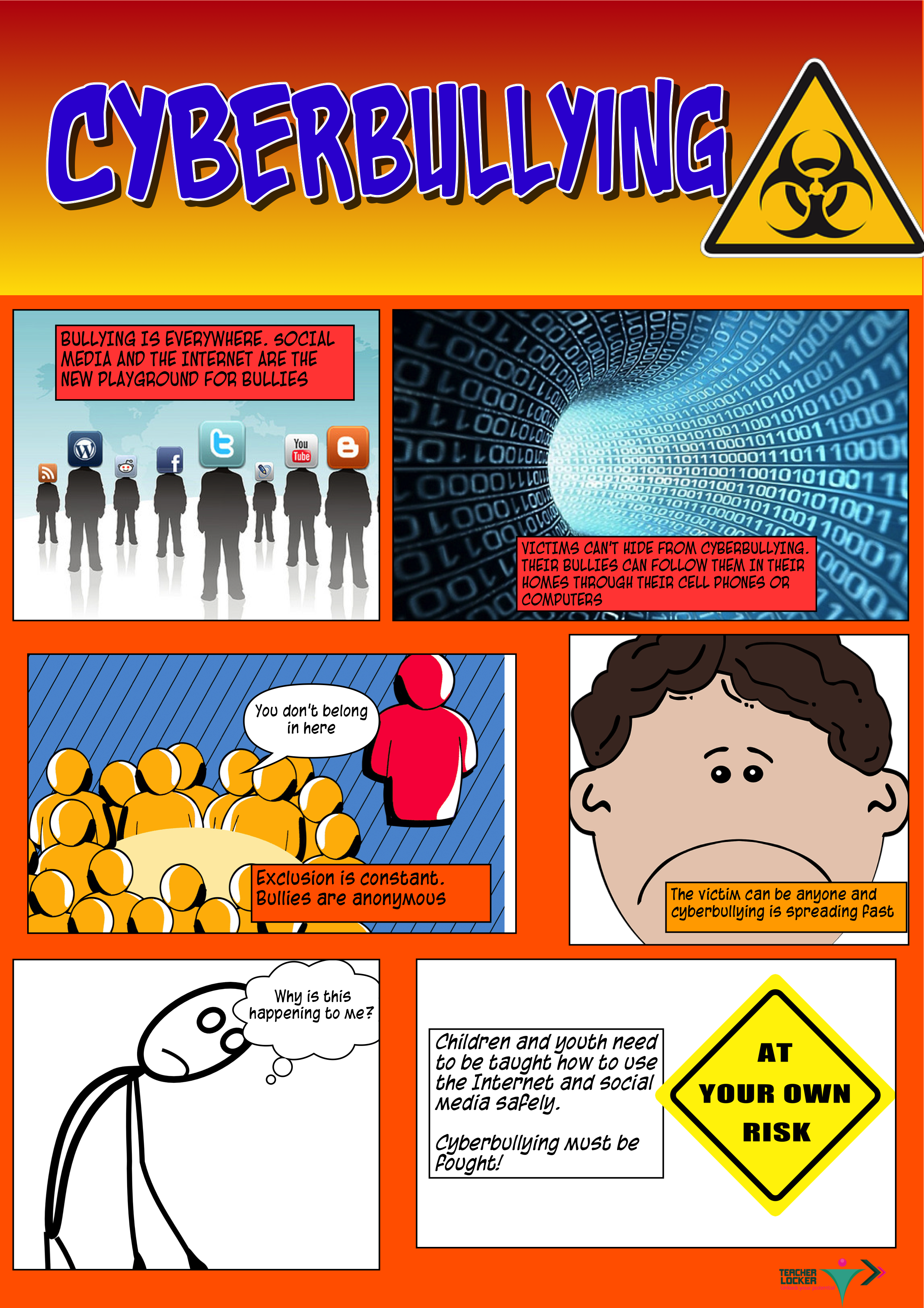 But educating children the right use of technology is not enough. Adults should be taught as well how to use the Internet safely.

Why? Because as adults when we take silly pictures of our friends on a Friday night and share them around, the message we convey our kids is that it is just ok to share silly pictures around. Sharing any material whether we are talking about videos, articles or pictures does have an impact! NOTHING can be erased for good on the Internet. Think about that teacher (Ashley Payne) who shared a photo of herself drinking a glass of wine. Innocent picture. That’s what you would think. She got fired. How about Obama’s young speechwriter John Favreau whose picture of him making fun of Hillary Clinton got viral. Fired. Posting personal pictures, sharing videos online is a big deal because it can lead to bullying. Every single personal information is saved on some server and anyone can have access to it. If you behave in a silly way as a teen and your pictures are posted on the Internet, you can be sure that those pictures will still be available to your future employees.

Prevention courses have to be delivered in schools about cyberbullying  as early as in primary school and parents must be invited to these talks. There are so many cases of cyberbullying that could have been prevented if only students, parents and teachers had known how to handle the situation. There are laws to protect victims of cyberbullying. That’s a good thing. But the best way to stop cyberbullying comes from homes and prevention.